What and Where to Eat in Paris? Restaurants, afés and Typical Parisian Dishes for Every Occasion.

Take a Paris Food Tour
table of contents
French People and Food
What to Eat in Paris?
Typical French Food
Where to Eat in Paris?
Book a Table in Paris
Restaurant FAQ
Get a Free Consultation

It is well-known that French cuisine has a special reputation throughout the world. French cuisine is said to be delicate, tasty and innovative. French people are believed to be well educated and healthy eaters. But are French people really gourmets? Or is it a myth? Do French people like to cook? How often do they go to the restaurant?

Indeed, the French have a very particular relationship with food. They are very passionate about what is on their plate and don't hesitate to spend hours in the kitchen to cook a dish. Eating tasty food is part of their culture! They also love to greet people at home and cook meals for everybody. There is always a good reason to eat... and drink wine!

That's probably why their cuisine is so rich and full of taste. In fact, the best chefs in the world are French or have studied the art of cooking in France with famous French chefs like Paul Bocuse, Joël Robuchon, Gaston Lenôtre, Guy Savoy, and Pierre Hermé.

Going to the restaurant few times a month is a real pleasure and an activity for French people, especially the ones in big cities like Paris. French people enjoy discovering new tastes with friends and loved ones and have long discussions until the closure of the restaurant.

The "gastronomic meal of the French" was acknowledged by UNESCO in 2010 as an intangible cultural heritage. It is not for nothing that people say "food is like God in France"... How exactly is this French meal? During gatherings, French people spend long hours at the table, eating numerous dishes in order.

Obviously, each meal is not composed of so many dishes, only special ones are. For lunch, French restaurants will usually offer either Entré + Plat or Plat + Dessert options. For diner, they will add the cheese and the wine. If it is a gathering with friends or family, the apéritif and digestif are essentials. 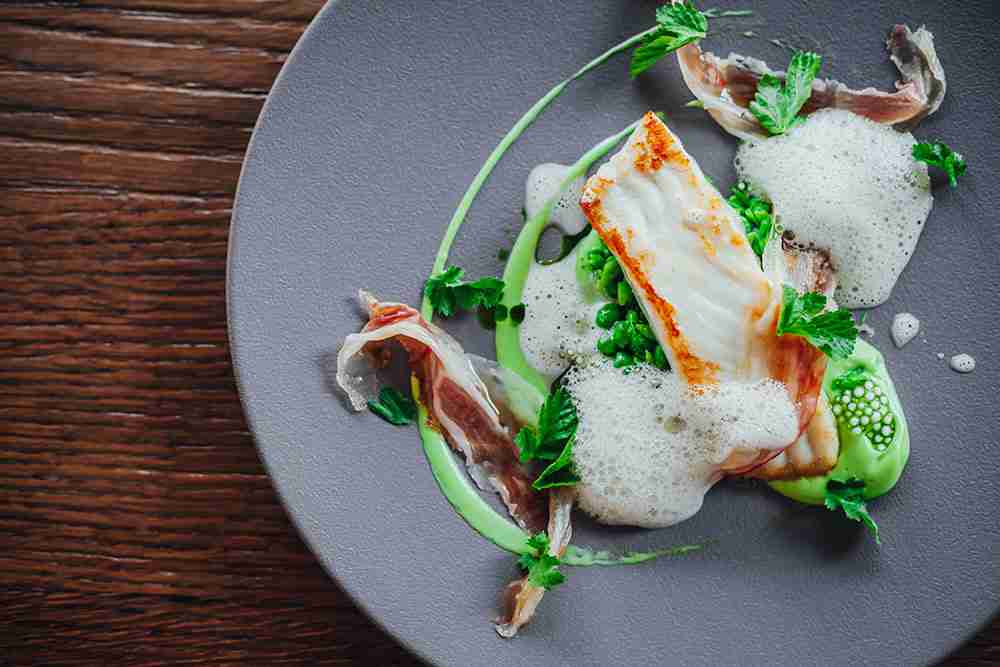 What to Eat in Paris?

You will notice a very many options when it comes to restaurants in Paris. In fact, there are more than 15,000 restaurants in the Paris region alone and more than 50 varieties of cuisines. So... what to pick and eat with all these choices?

French cuisine is world-famous for both its quality and its richness. A trip to Paris can easily be combined with a gourmet tour of the best restaurants, a food tour of Paris' classic traditional restaurants.

An onion soup, French cheese with a baguette and red wine are as much a part of Paris as visiting one of the many bistros in Saint-Germain or Le Marais. Also, a croque-monsieur, as a snack, is a nice option in the cafés in Paris.

Some very famous traditional French dishes are definitely worth trying during your trip to Paris. Here are a few...

Original French cuisine is chic and elegant. You can find it in the Eiffel Tower or on the Avenue des Champs-Élysées, in Michelin-Stared restaurants, and in the best cafés in Paris... but keep in mind...Good French food is not cheap.

"Only in Paris" Must-Eat Foods

Even for a very short trip to Paris, there are some foods you should not miss trying because you will find them only in Paris. Here are some examples. 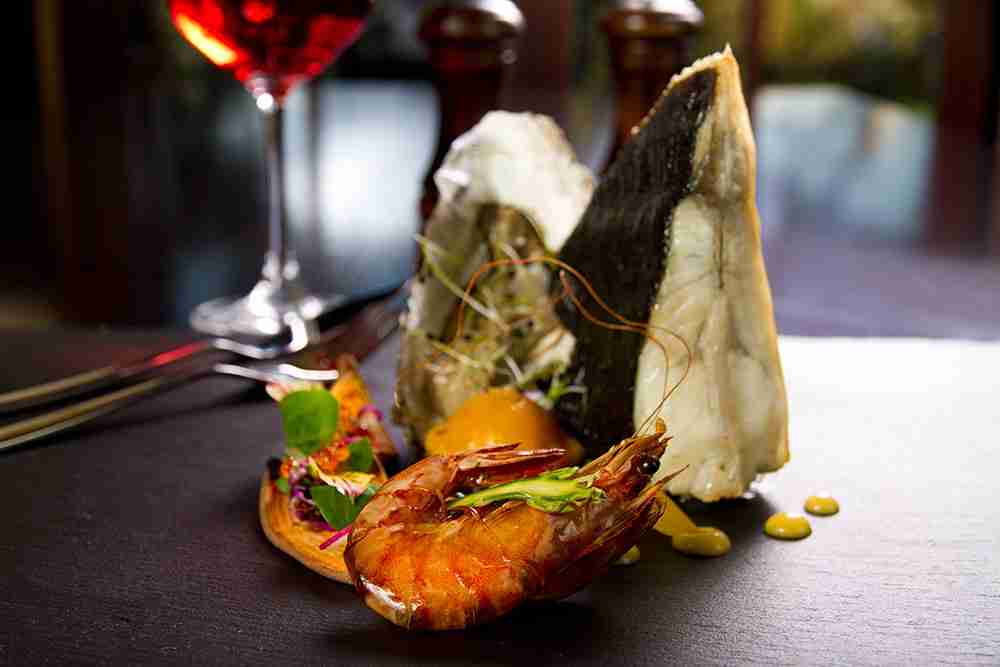 Other Types of Food You Can Find in Paris

The French Bakery: The bakery is a precious place for French people. Every morning, they stop by to get a hot drink and a croissant for breakfast. During a busy lunch, they get a jambon-beurre (a sandwich with ham and butter) and a soda. And before getting back home at night, they make a last stop to buy a baguette for diner.

The Vegetarian Trend : Some stylish and modern cantinas and conventional cafés are showing up around in the famous districts in Paris. The concept of an exclusively vegetarian kitchen has become more visible in Paris. Even non-vegetarians enjoy these plates and places too. So they deserve to be seen as quite good gastronomical points in the city.

Everybody knows that wine is an essential part of French Cuisine. The best places to improve your oenology are called Bar à Vin and La Cave in France. The Cave stores are all about wine but with a variety of types and regions. Bar  à Vin venues serve other drinks but first and foremost focus on wine. These bars usually serve small but tasty small plates with local food resembling Spanish tapas in style.

For example, Le Barav, in-between Marais and Republique Square, is a favorite of locals if you are looking somewhere on the Right Bank. Across the river, in the Saint-Germain area in the Left Bank, Bar Etna is a boutique wine bar serving in a tailor-made manner according your preferences. Their seafood plates are particularly recommended. Near the river, Le 5e Cru has a fantastic atmosphere and great selection of wines and cheeses.

Cheese is a precious dish for French people. They consume 30 kg of cheese per year and there are more than 1,000 types. Camembert, goat cheese, comté and roquefort are the favorites. Many sophisticated Parisian  restaurants will provide you a with a menu that has a large variety of cheeses available.

The plate of cheese, Plateau de Fromage in French, is usually the way French people choose to eat it at restaurants with friends. Indeed, before the desert, you can pick a special plate of your choice and the wine accordingly. It is a friendly way to share and discover new tastes in small portions.

Be careful, some cheeses, called blue cheese, like roquefort, are very smelly and salty. They are the favorite of the locals, but if you are sensitive, you can ask the waiter to removed it from your plate.

Do you know about Charcuterie? France is home to more than 450 charcuterie specialities. You shouldn't miss the opportunity to try these meat products prepared by French chefs. Some of the most known charcuterie types, you can find are bacon, ham, terrines, pâtés, and sausages, primarily from pork. Originally intended as a way to preserve meat before the invention of refrigeration, they are prepared today for their flavors.

Charcuterie is even said to have "evolved from its traditional French appreciation for cooked meats to become a culinary art form focused on flavor, pairings and eye appeal."

You will find some options in any good French restaurant and even in some bistros. 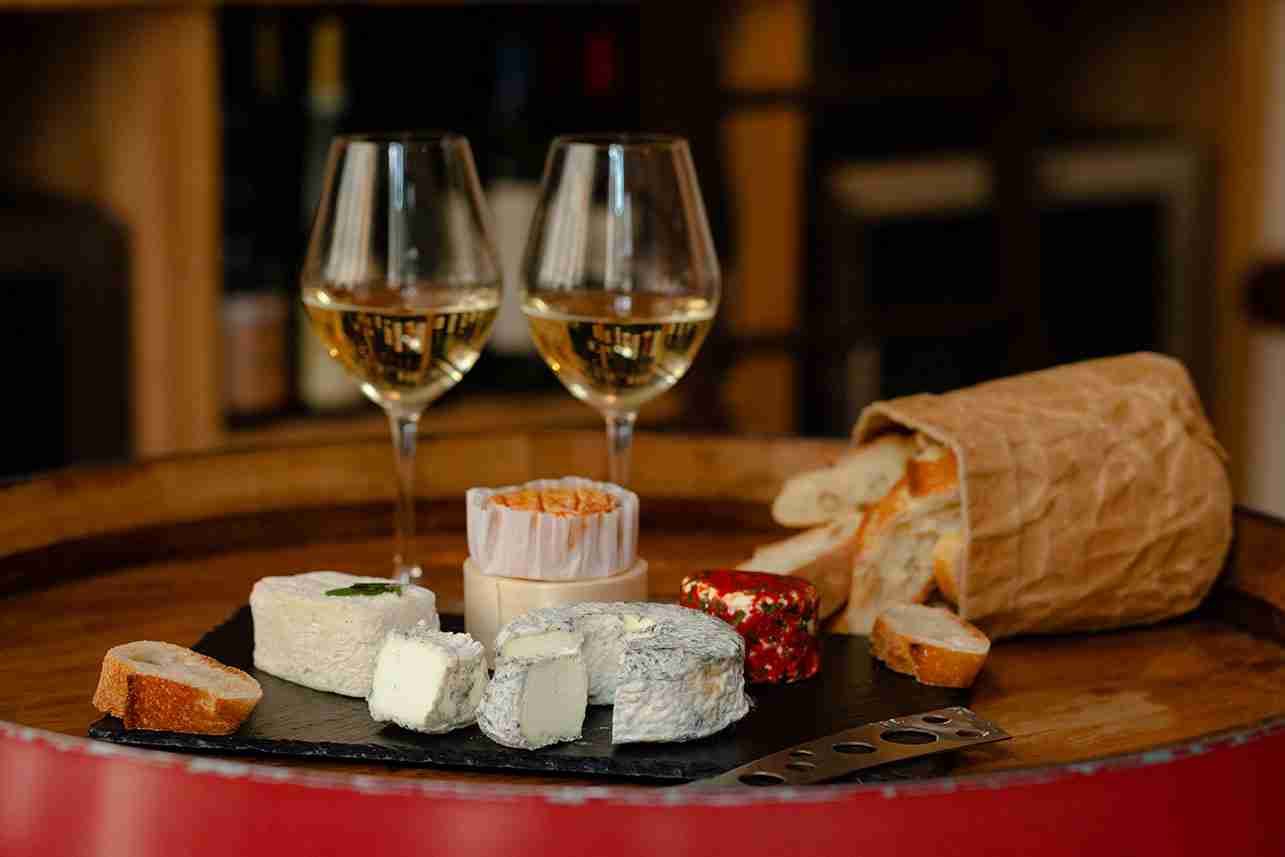 Where to Eat in Paris?

In Paris, you will find so many types of restaurants.

Overall, you can find all kind of food in Paris, as it is a very cosmopolitan city, full of diversity.

Here are the articles we prepared for you with all the best restaurants and cafés you can find in Paris.

Book a Table in Paris

To book a table easily in Paris, download the Fork app. You even have a section with special discounts of the day. Bon appétit!

For company events, trade fairs, and large private events, we will gladly take care of the catering in Paris.

Here you can read more about our offers for group tours.

What do people drink with their meal?

Red wine and water are most often consumed with the meal. Water is served in carafes and is usually free of charge. After the meal the French serve a strong coffee with some chocolate and a cognac or something similar.

When do you eat in Paris?

How is the breakfast in Paris?

The French breakfast is rather modest: a croissant dipped in café au lait before taking a bite or baguette with butter and jam. Hearty things like cheese, sausage, and eggs are not typically eaten during breakfast.

How much do you tip in a restaurant?

In France, the tip, pourboire, is already included at 15% in the bill in restaurants, which is usually indicated at the bottom of the bill. You can also tip a few euros, although this is much lower than in Germany. 10% is the absolute maximum, usually 5% is enough.