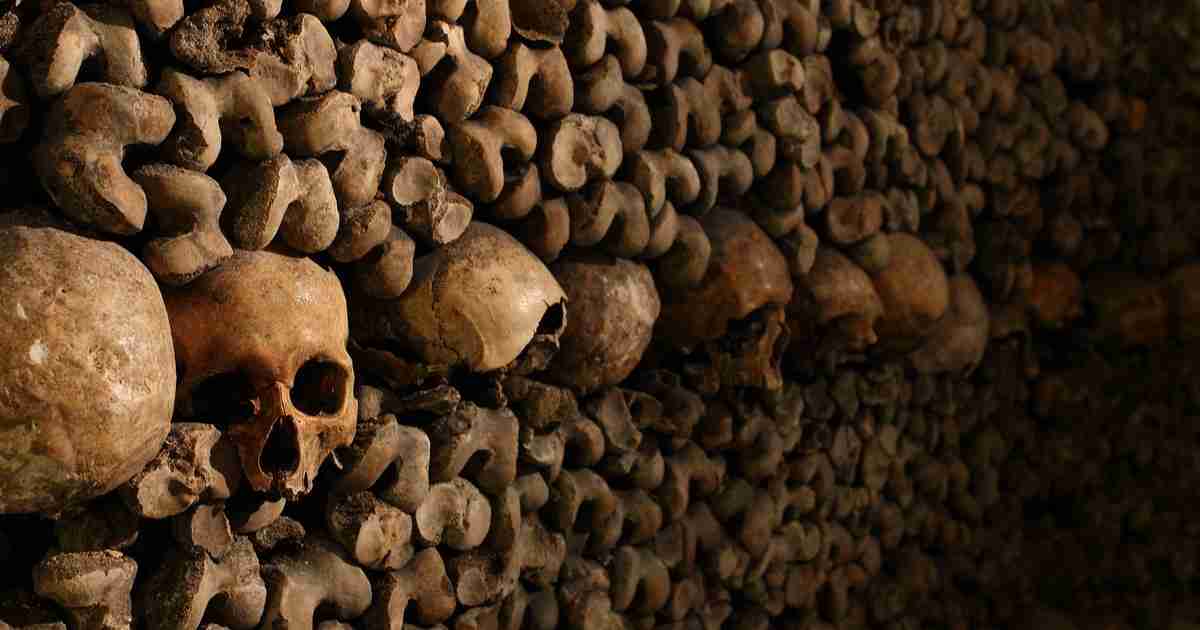 Did you know that visitors can get a tour of the underground city of Paris though a maze of galleries and view an ossuary composed of the remains of more than six million bodies? Quite an original visit to do right?

In fact, the Catacombs of Paris are a very popular thing to do in Paris which gathers every year more and more curious foreigners but also locals.

table of contents
1.
What can I do ?
2.
Entrance, Tickets and Tours
3.
How to get there ?
4.
Interesting facts
5.
FAQ (Frequently Asked Questions)
6.
History of the Catacombs
7.
Contact
8.
Paris Tours & Tickets
9.
Related Articles:

What can I do at Paris Catacombs ?

Since the walking route is about 2 km, it takes approximately around 45 minutes to visit the whole Catacombs. You will go though a maze of galleries and discover an ossuary containing the remains of several million Parisians. This journey will make you meet history and architecture.

During your discovery, you are allowed to take photos with the real skulls. Unfortunately, some time ago, some visitors took away or damage some bones. Since then, some "Don't touch the skulls" signs have been placed in the catacombs to remind people during the visit that touching bones is prohibited.

Important : It goes without saying that this place is not suitable for those who have distractions about closed and narrow spaces. A reminder for the people with disabilities or baby strollers, there are long narrow stairs to go down and to climb up. If you find yourself shivering, its not necessariliy out of fear. The air temperature in the catacombs is around 14°C. Wearing a sweater will make you look bolder down there. 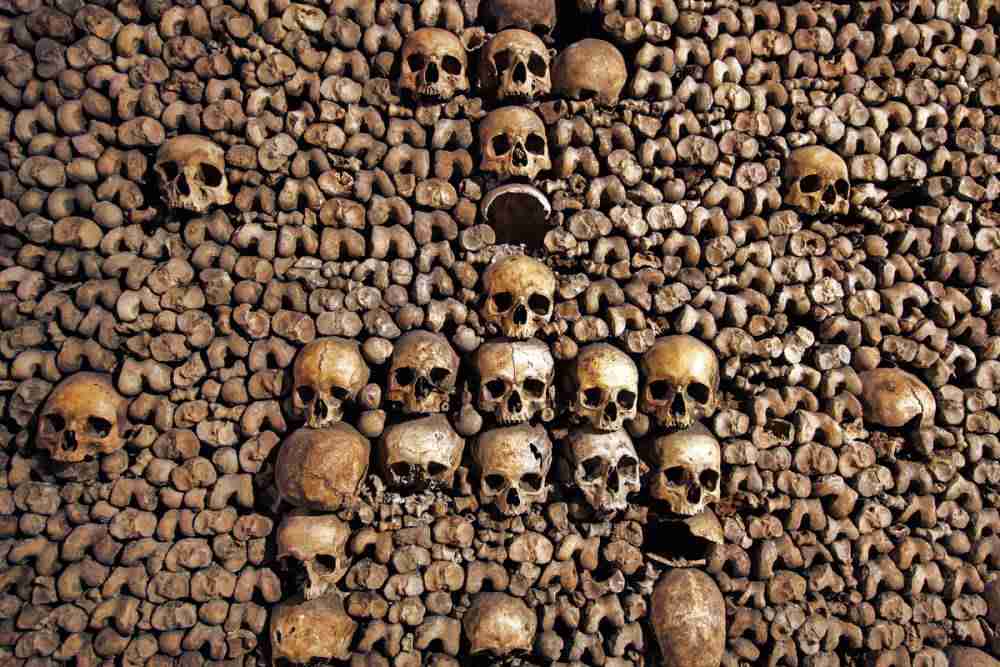 Cataphiles are people pushing the limits of adventure by exploring restricted urban areas. They probably learned to use face masks before the pandemic to protect themselves from dust and harmful substances in the air.

Also, it is used for Parisians who find the way to get into the catacombs illegally. There is a special police department in Paris tasked to prevent illegal entry into tunnels, known among the regulars as cata-cops.

No better (or worse) place can be imagined to run away from the outside world. Catacombs can only be an one-off place to go out of curiosity for many young people. The illegal access is not that easy for anyone as all the information about the access should be kept strictly tight among the communities.

Although, for some regulars, these dark mazes are an indispensable passion. It's bleak chambers are filled with many clandestine parties and gatherings from time to time. First come to mind is undoubtedly Halloween themed parties.

Here is an exemplary story to realize it's dangers. In 2017, two teenage boys aged 16 and 17 got lost in the dark, cold tunnels of catacombs and they have been rescued after spending 3 terrifying days in this maze. 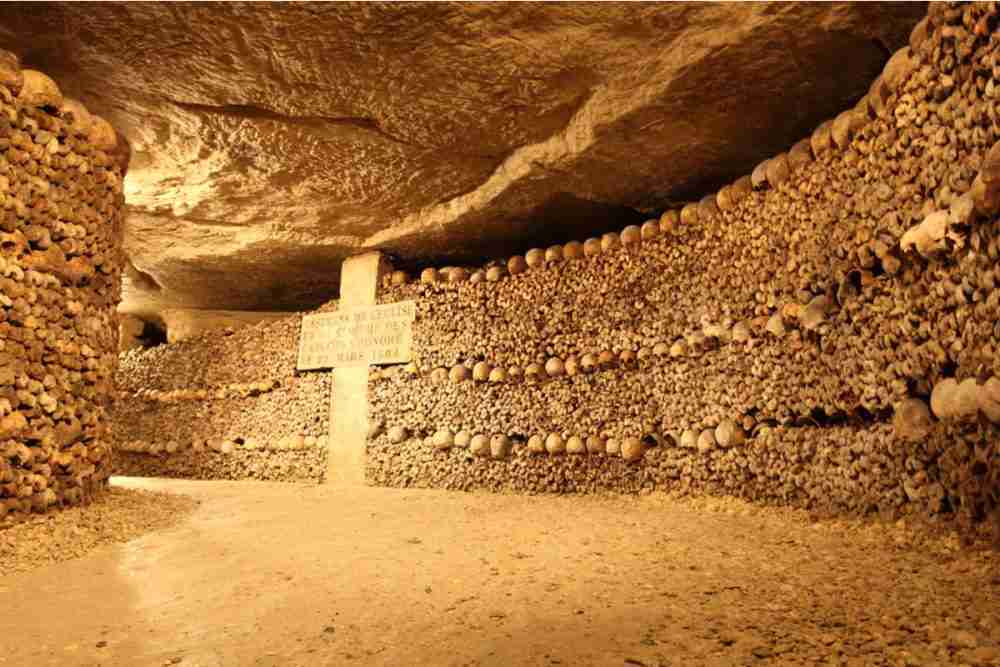 There is a high possibility to wait in the queue for the entry some time. This place is famous for long queues for the entry as only 200 visitors are allowed in at a time. It is still useful to buy the ticket in advance.

How to get to the Paris Catacombs ?

Interesting facts about the Paris Catacombs 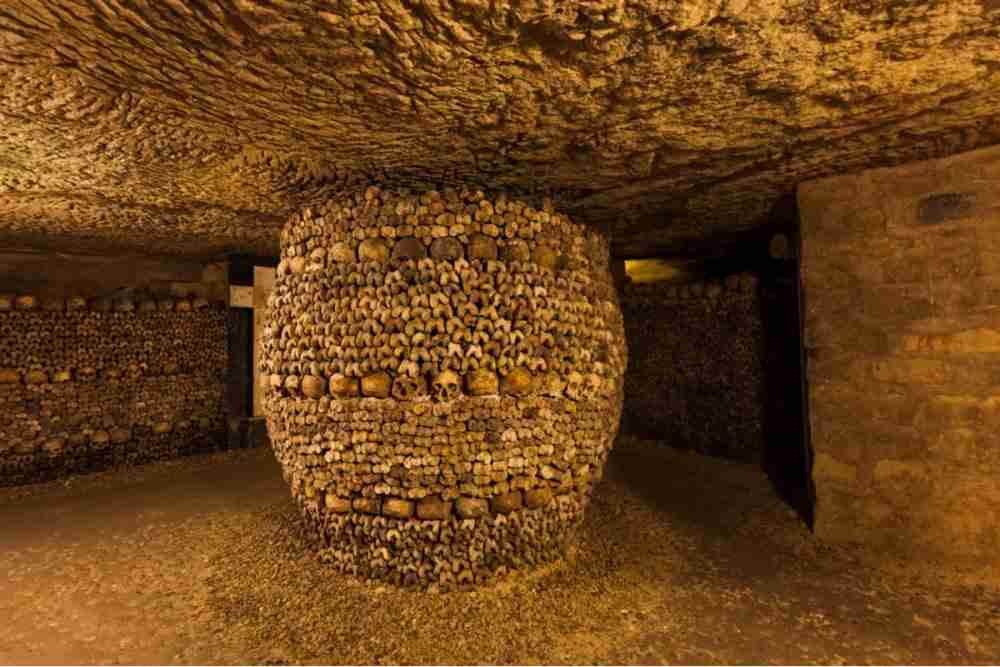 How can ı get to the Catacombs in Paris?

What was the movie that takes place in the Catacombs in Paris?

The horror movie "As Above, So Below" was almost entirely filmed in the Catacombs in Paris.

How can ı book my ticket to Catacombs in Paris?

There is a high possibility to wait in the queue for the entry some time. This place is famous for long queues for the entry as only 200 visitors are allowed in at a time. It is still useful to buy the ticket in advance.

Online Ticket for Catacombs There may be a queue at the skip-the-line entrance, however this ticket will allow you to wait shorter than the standard entrance.

How many skeletons are there in the Catacombs in Paris?

It is estimated that Paris Catacombs contains around 7 million skeletons.

History of the Catacombs 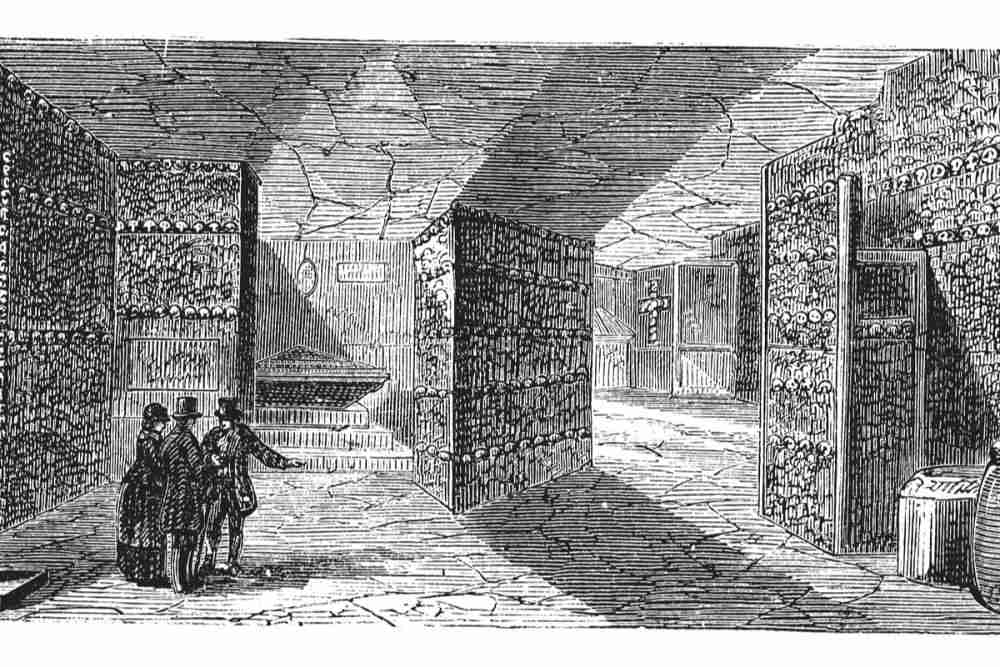 In the late 18th century, Parisian authorities found an interesting and very radical solution to cope with city's overflowing cemeteries that became a source of infection for the inhabitants. The underground quarries, which were at that time idle, were strengthened and an underground cemetery was created.

Les Innocents or Holy Innocents' Cemetery was the main graveyard in the center of Paris since 12th century till the late 18th century which was located in today's Les Halles district in Paris famous with its shopping mall. 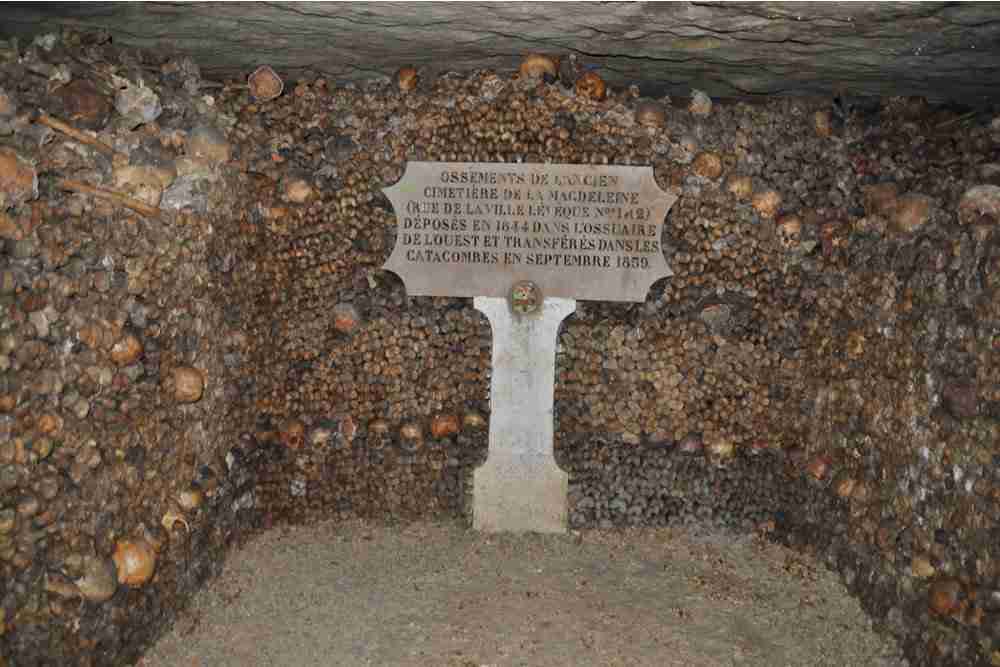 The process of moving bones to quarries first started here between 1785 and 1787. Following the revolution at the end of the century, bones from other cemeteries around Paris were also moved to the catacombs.

At first, the bones were piled up randomly. Then, the catacombs opened its doors for the visitors in 1810, after its transformation into a mausoleum. The skulls and other small bones placed in an orderly manner by the miners created an unprecedented interior to the catacombs.

Between 1833 and 1850, it was closed to visits as the church argued that it was wrong to expose "holy human bones" to the public. 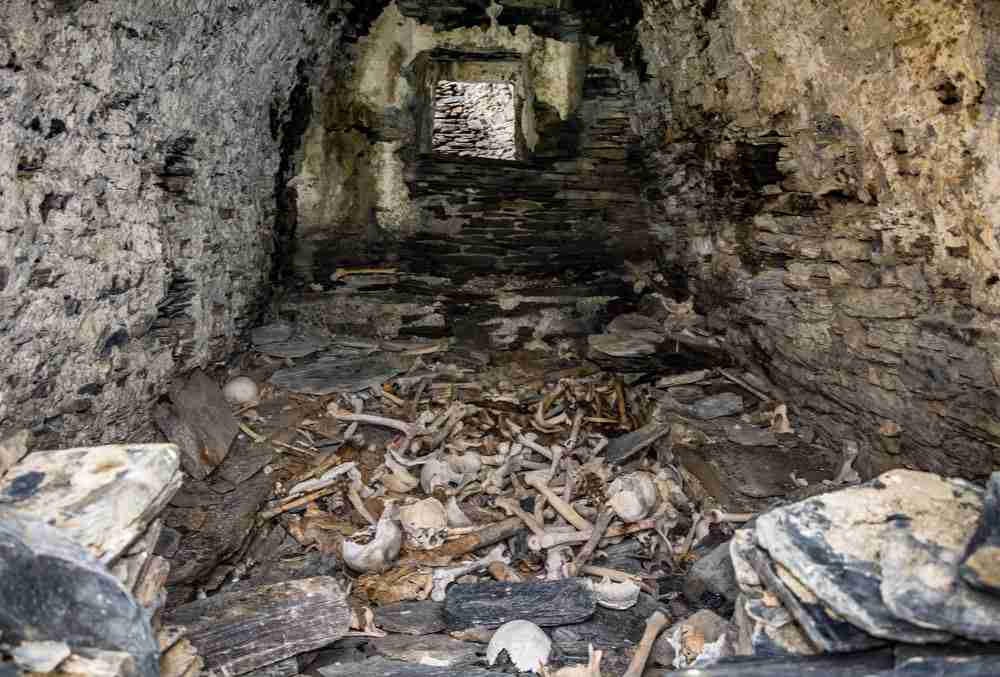 There are more than 6 million skeletons in the Paris catacombs. The process of exhuming and moving bodies to the underground tunnels seems to be a very creepy job at first glance.

It might not be perceieved so extraordinary as the concept of death was different than todays at that time. There was a tighter link between life and death when the average human lifespan was much shorter than today.