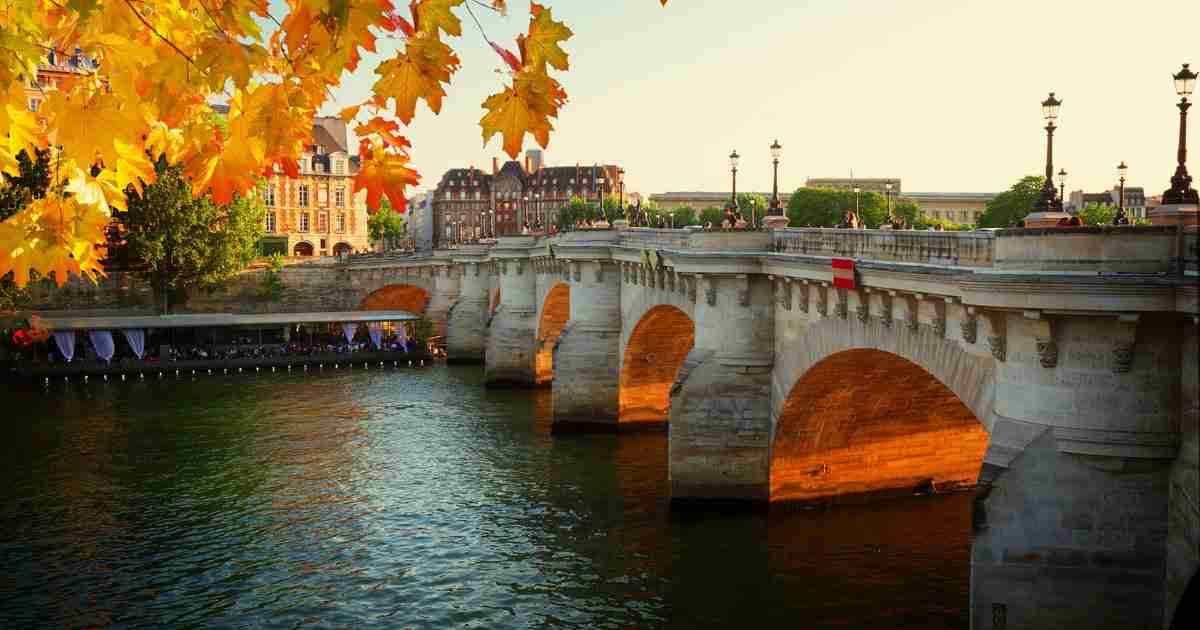 There is a French idiom "solide comme le Pont-Neuf" meaning "as solid as Pont Neuf" to emphasize something's robustness.

While strolling through the river, make time to see from all sides the oldest bridge across the Seine that managed to survive from 17th century up till today perfectly!

Pont Neuf connects the two banks of the Seine river via Île de la Cité - called as the birthplace of the city. It's long arm has seven arches from the right and it's short arm consisted of five arches to the left bank.

What can I do at Pont Neuf bridge of Paris?

It's an excellent idea to watch the sunset over the Seine River after a busy day in Paris. Stand on the bridge, watch the ships going up and down, wait until it gets dark and see the reflections of lights on the water from the historical buildings. It is impossible not to be captivated by the illuminated landscapes of Notre Dame and Louvre.

Don' forget to see the 12 rounded arch cornices with mascarons (mask in İtalian) carved into stone. This kind of ornamentation used in ancient Roman buildings called as "grotesque" in architecture. There are 384 faces in total with strange features combining human, animal and floral designs. 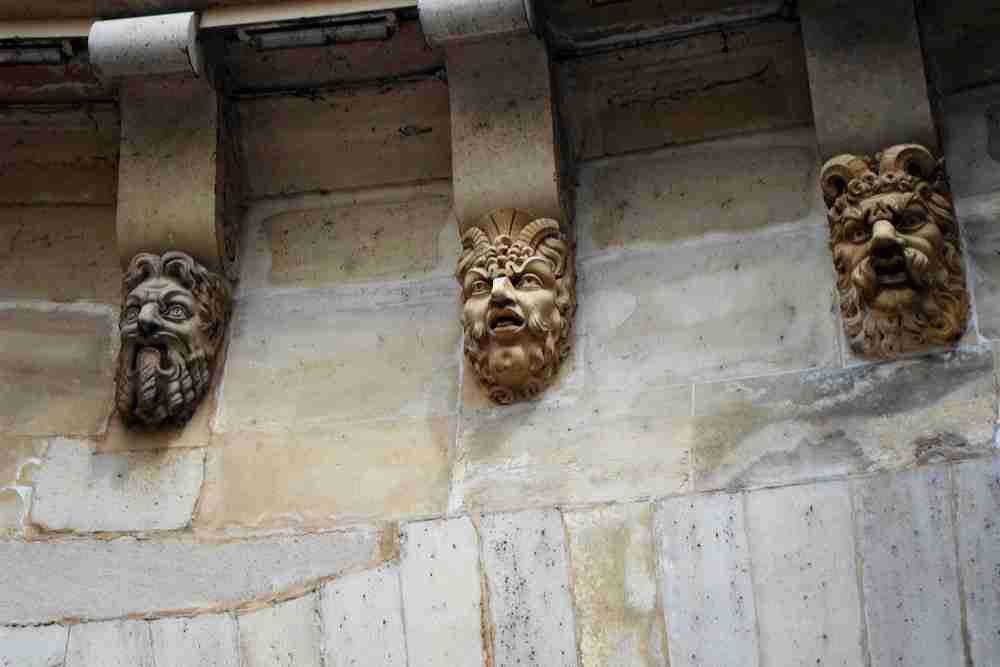 When you look at the opposite side from this bridge, you will see the Pont des Arts, in other words, Lovers' Bridge, where locks were connected in the past. It is protected by glass today to prevent damages from locks.

One of the top attractions in Paris is a boat tour on the Seine River. It is possible to hop-on Vedettes du Pont Neuf boat from just below the bridge. It's over an hour long tour where you can see the city's top iconic monuments.

It passes by the most important structures of Paris, such as the Eiffel Tower and the Louvre, most of which are located on the banks of the Seine River. The 1 hour cruise tour starts and ends at Pont Neuf. The audio guide shares the historical details in French and English during the tour. 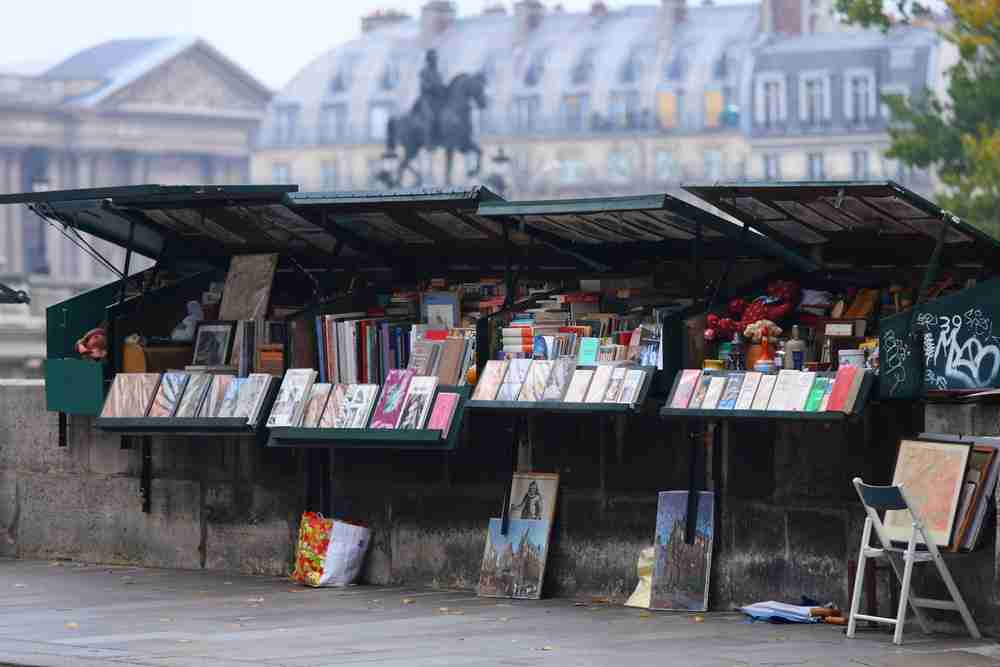 The Seine described as the only river in the world that runs between two bookshelves. Walking along the left bank, you will see many bookshops as well as outdoor bookstalls. Did you know that this route with all the green boxes selling books are on the list of World Heritage since 1992.

There are more than 200 book stalls by the river selling new and old books, antique stamps, magazines and many other.

This profession traces back to the second half of 17th century. Especially in the 19th century, the demand for books increased as the rate of reading among the public increased. In 1859, bouquinists were allowed to sell books at fixed points.

History of Pont Neuf in Paris 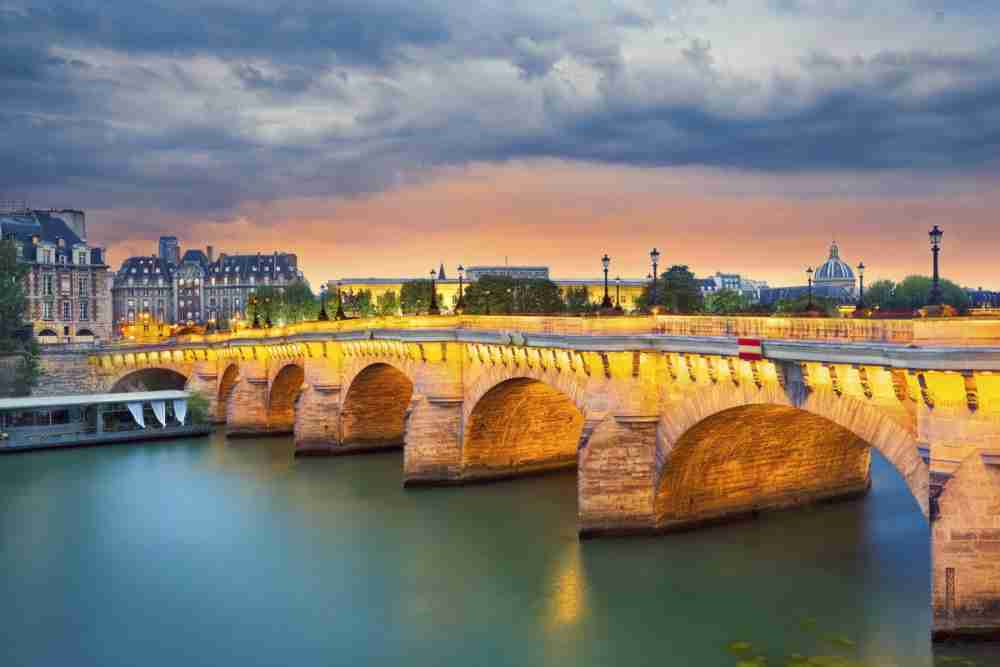 Building bridges to connect the two sides of the Seine river dates back about 2000 years. Construction of a new bridge started in 1578 under Henri III due to the damages in the previous bridges for various reasons over time.

It was designed by Baptiste Du Cerceau and Pierre des Illes. Although the work started in 1578, it was interrupted between 1562-1598 because of the religious wars, a conflict among Catholics and Protestans. The construction finally ended in 1604.

During the reign of Napoleon III, who was the first elected president of France, the foundations of the bridge were rebuilt and renovated. The absence of housings on it made Pont Neuf unique and first. All the previous bridges had houses built upon them at that time.

New bridge was serving for pedestrians with its sidewalk which was an inovation for the city. People met the pavement that protected them from muddy ground and horse carriages. Houses on the bridges stood until a hundred years ago which is not that old. Then all of them regulated for pedestrians and traffic.

Currently, there are 37 bridges all along the Seine River that divides the city into two. Only 4 of them are for pedestrians all compete in beauty with their original features. 2 of them are functioning as rail bridges.

How to get there?

The closest Metro station is "Pont Neuf" on the line 7.

The Pont Neuf bridge is located in the 1st arrondissement of Paris. A perfect place to start your discoveries of the Things to Do in Paris. It's location in the heart of the city makes it point of interest for every visitor, as well as being one of the most important meeting points for the people.