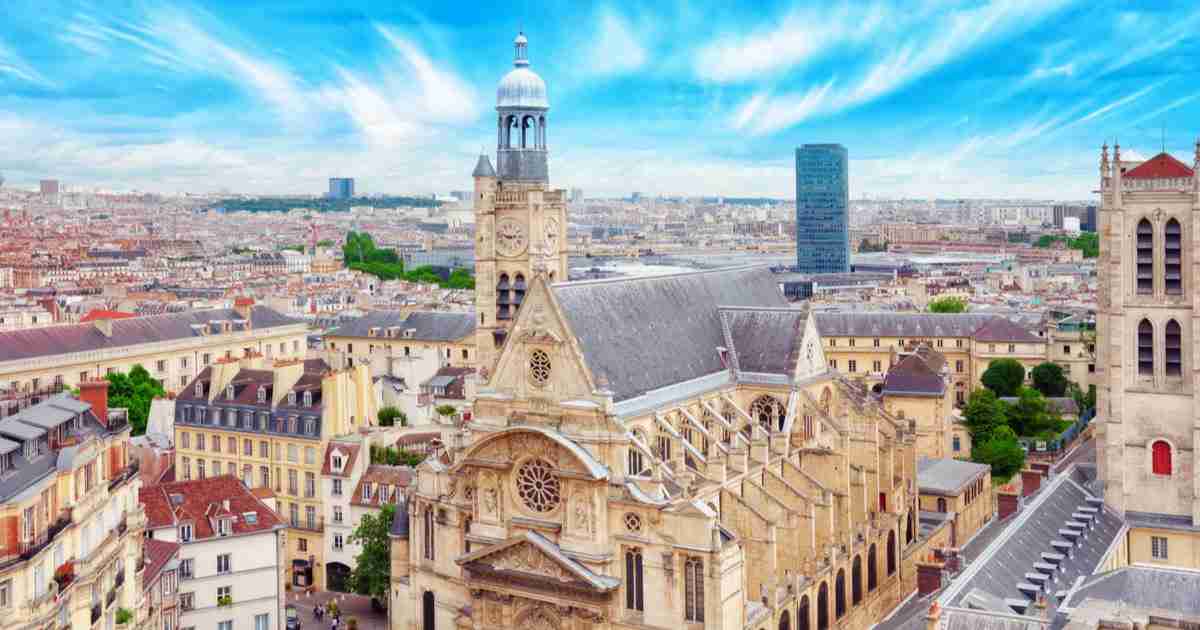 Without a doubt, Paris is best discovered through its beautiful streets and authentic neighborhoods. They all present a unique treasure of history and culture that attract people from all around the world to discover.

One of the neighborhoods not to be missed is the Latin Quarter, the birthplace of literature.

Although the Eiffel Tower and the Louvre Museum are the top attractions in the city, the rich heritage of Paris has more characteristics to present around its local areas like Montmartre, Ile de la Cité, and Le Marais.

The Latin Quarter is an old and essential corner of Paris to discover. Let's see what it has to offer to its visitors.

What is the Latin Quarter ?

"Quartier Latin" in French, is a centuries-old name of an area in Paris.

It was called this by the locals in the height of the middle ages. It got this name due to the inhabitants, all coming from different parts of the European continent as students of the catholic institutions in this neighborhood.

The Latin language was the common one in this international area different from the rest of Paris. Hence, it kept this title and has always been called the Latin Quarter of Paris by the locals.

Where is the Latin Quarter in Paris ?

The limits of the Quartier Latin area start straight from the Seine river. The Saint-Michel and Petit-Pont bridges just next to Notre-Dame Cathedral border the half of Paris called "the Left Bank".

The Saint-Michel fountain is the most suitable point to begin your discovery. The diagonal end stretches between the old church of Saint-Médard and Jardin des Plants, the extensive natural park.

Here is a map to locate the Latin Quarter Neighborhood in Paris.

How Can I Get to the Latin Quarter ?

Actually, Saint-Michel is just the most central point of Paris. You can easily walk here in a few minutes from the following metro stations:

If you prefer to walk from the periphery towards the center of Paris, start from these places:

What Can I Do in the Latin Quarter ?

There are a few motives bringing many travelers to this part of Paris.

First of all, the traditional atmosphere with its cobbled stone streets, small shops, book stores, characteristic cafés, and restaurants...

Parisians, students, and tourists meet round in a friendly and relaxed atmosphere. Mostly you will feel a less touristic, though this interesting part of Paris.

The largest pieces of ancient Roman ruins in Paris are in the Latin Quarter. There are archaeological findings in the Cluny Museum, a part of which is already 2000 years old.

Don't be surprised if you see the remaining ruins of an ancient theater while passing another corner of the neighborhood.

Another good point is, many talented writers, intellectuals, and academics from abroad have preferred to stay around here during their time in Paris. This is why you might see many people chasing Ernest Hemingway or Samuel Beckett around.

These famous writers come here because they were attracted by the intellectual heritage of the area. Plus, the rents were always more affordable here, compared to the other central and fancy quarters. It is not entirely true anymore.

The most traditional and reputable educational institutions in France are still here scattered all around the Latin Quarter.

So, particularly for the younger travelers, it would add another reason to hang around to observe the Parisian youth and even to blend in.

Unlike the giant boulevards with shiniest stores, the small squares and narrow streets here have a different charm. The local vintage stores and a modest but delicious fondu place (try the one with truffles !!!) could make your trip even more special.

Last but not least, there are numerous monumental buildings from different eras on each side of the streets. Let's dig and discover the most precious museums in the Latin Quartier.

Museums in the Latin Quarter

Although its classic streets and buildings are best to stroll freely, there are a couple of nice options to go in because of their architecture or collections.

Here are the main 3 attractions not to miss in the Latin Quarter in Paris.

The Pantheon was built by the King Louis XV of France when he recovered from serious illnesses. Of course, best location was here at the top of Saint Genevieve Hill, who was the holy protector of Paris.

The church was finished in 1790 during the French Revolution. The next hundred years, it was transformed back and forth between a church and a national and secular monument.

Inside the Pantheon, there are a series of paintings portraying key events in the lives of saints and rulers of France. There is a crypt under the ground-floor where the most famous national figures like Zola, Hugo, Voltaire, Rousseau, Marie Curie, and many more are resting.

Speaking of Curie, her famous radiology laboratory is also a scientific museum with free entrance nearby in the Latin Quarter.

Also called National Museum of the Middle Ages, this museum is a must-do right in the middle of Paris. The Cluny Museum has many interesting findings connecting the ages of Paris from the 1st century to the 16th. They include statues, carpets, jewelry, and much more.

However, the building's own layered history also makes it one of the most interesting museums in Paris. A corner of the structure goes back to the Roman Empire as a public bathhouse. Meanwhile, the rare medieval building you see today had risen on it after 14 centuries.

Important Note : The museum is currently closed for modernisation work. It is expected to reopen in 2022. Check the official website of Cluny Museum of Middle Ages in Paris for updates.

Aside from the monumental buildings in the neighborhood, these two names consist of the backbone of the Latin Quarter. Contrescarpe Square is just the locals' favorite to have a drink while people-watching.

How does Latin Quarter sound to you? What would you like to discover in this neighborhood? Do you have questions about the place?

Let us know in the comments below.

To discover other neighborhood in Paris, check our following articles.