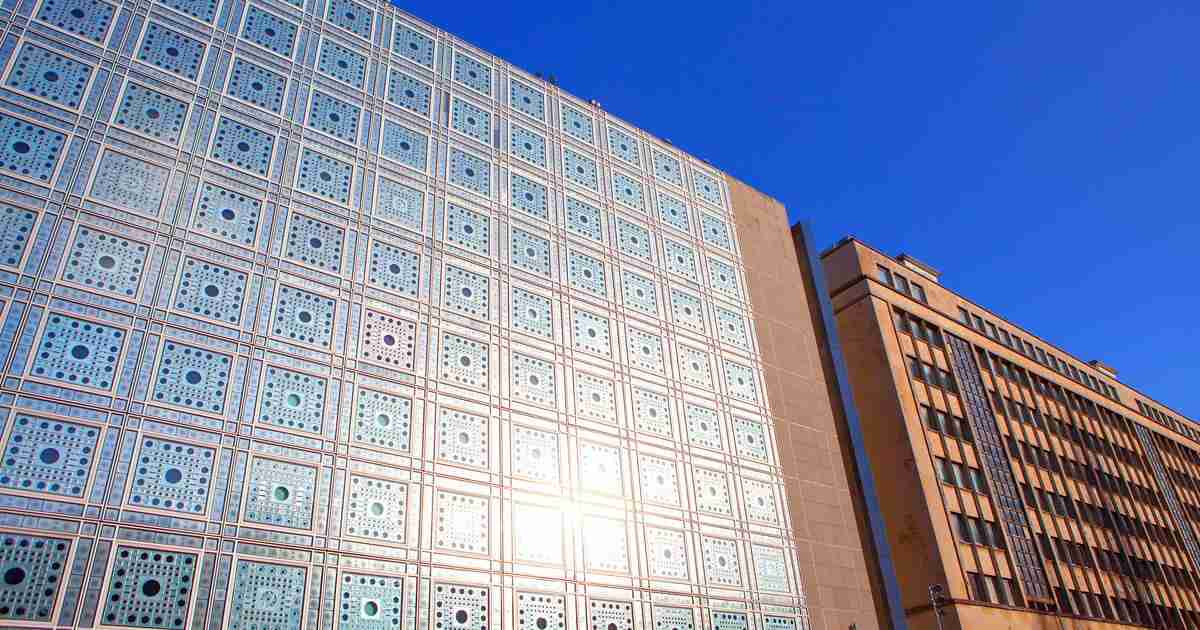 The modern building takes attention with its special design with Arabic and Western features.

Here you will find all the useful information about the Arab World Institute, including its history, facts, ticket & tour information... 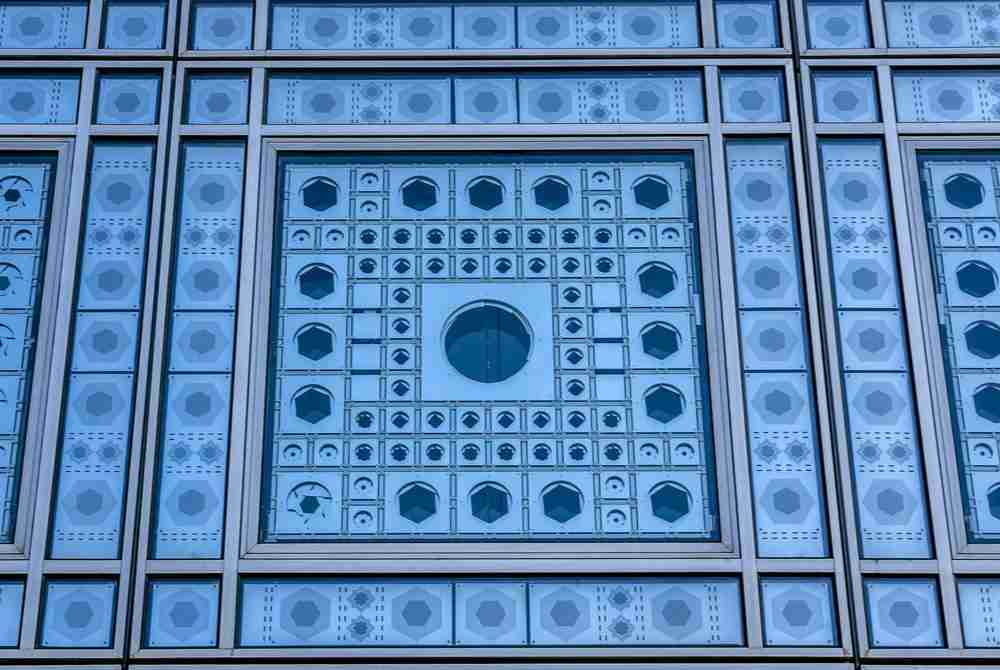 What can I do at the Arab World Institute in Paris ?

Arab World Institute stands out with its exceptional style and the lovely roof terrace that offers amazing scenery.

Thousands of geometric patterns special to Arab world adorns the building from outside. The entire exterior of the building is made out of glass clad.

To regulate the penetration of sunlight to the interior space, an exquisite mechanism has been installed.

It is possible to see more than 560 works of art with the theme of the Arab civilisations including Pre- Islamic ceramics, illuminations, textiles, modern Paledtinian art and scientific objects.

Temporary exhibitions took place in the institute with the themes like contemporary Moroccan art, silks of al-Andalus and hip-hop in the Bronx Arab streets.

Catch magnicent angles of Paris from the roof terrace with the view of the Seine and the Cathedral of Notre-Dame.

For those who are interested in world cuisine, it can be nice to eat traditional Arabic dishes with a beautiful Paris View in the restaurant of the building.

The building also includes a museum and a library. 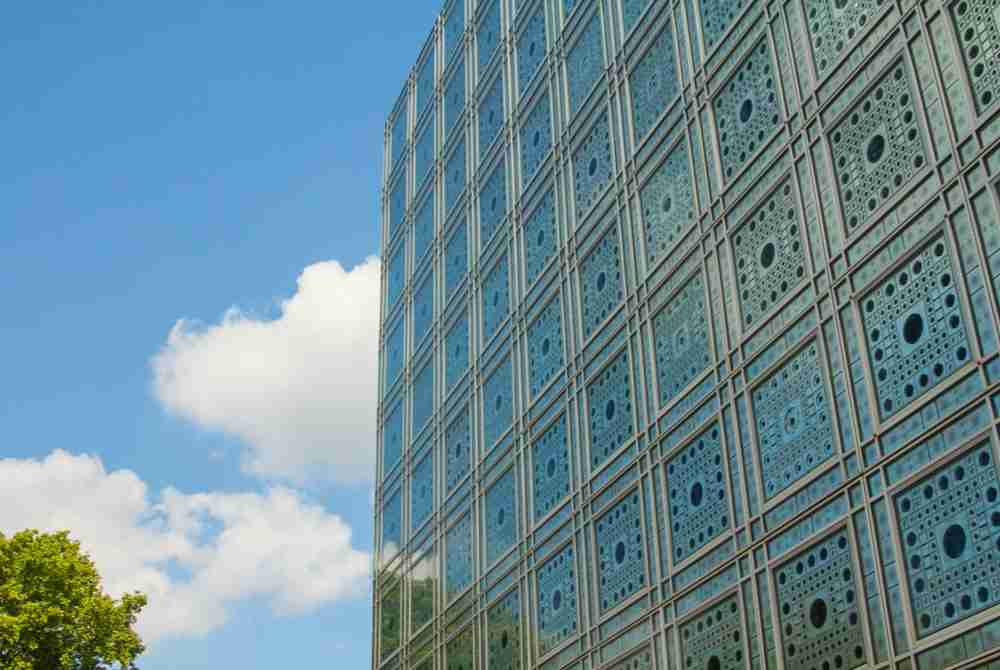 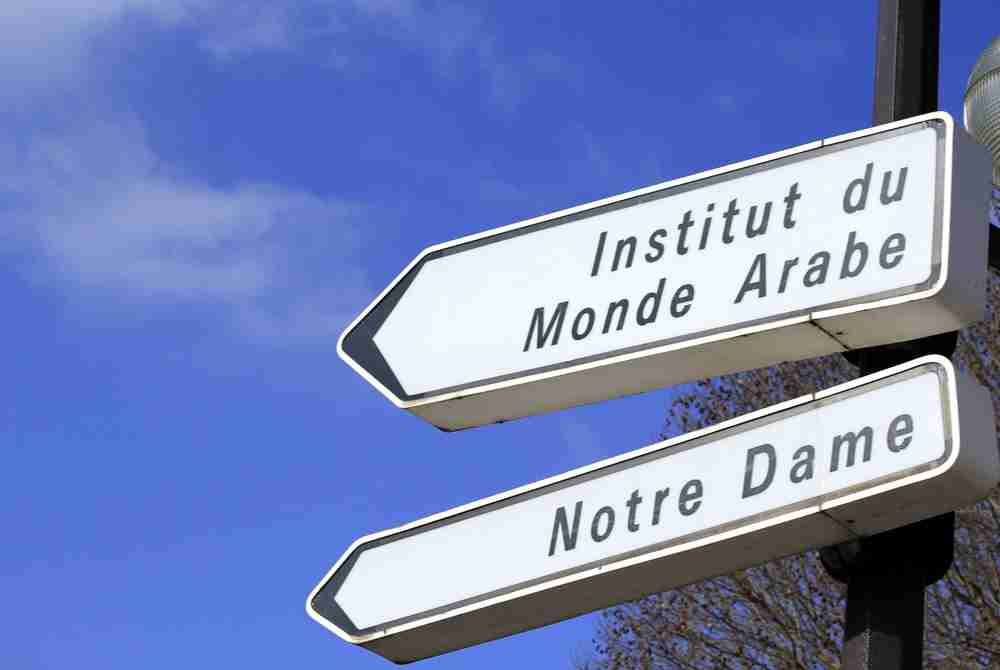 How to get to the Arab World Institute in Paris?

The Arab World Institute is located in the Saint Germain Avenue.

Metro: It can be easily reached with the metro line 7 to the “Jussieu” station and line 10 to the "Cardinal Lemoine" station.

Guide to the Cluny Museum in Paris: Tickets & Tip 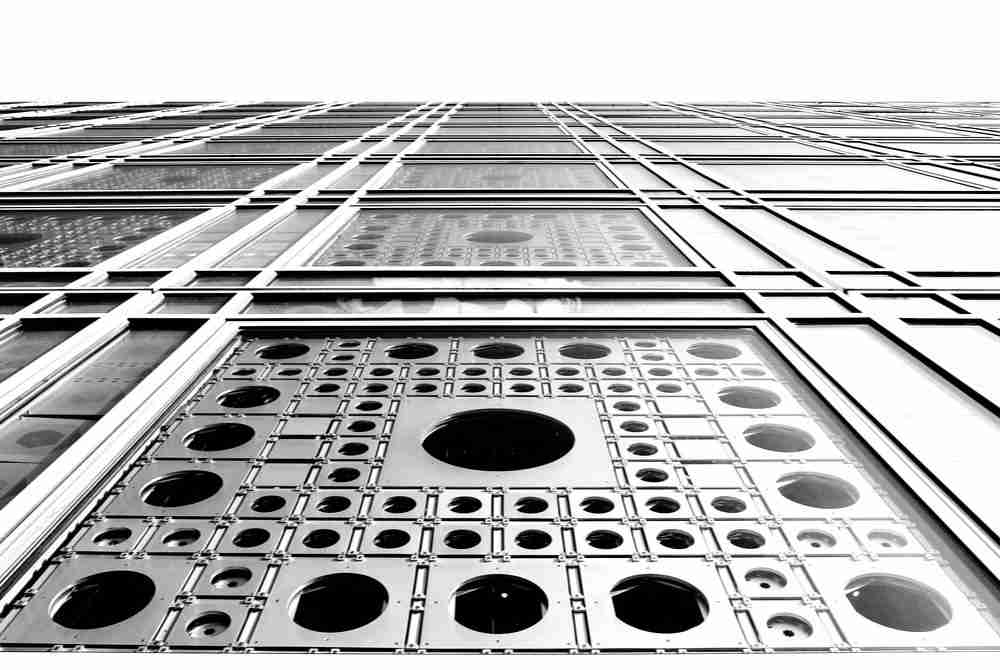 History of the Arab World Institute in Paris

The founding purpose of the Arab World Institute is to exchange information among the Arab world and to encourage further research on Arabic and Arab cultural values.