Visit The Opéra Garnier in Paris: Tickets, Tours and History 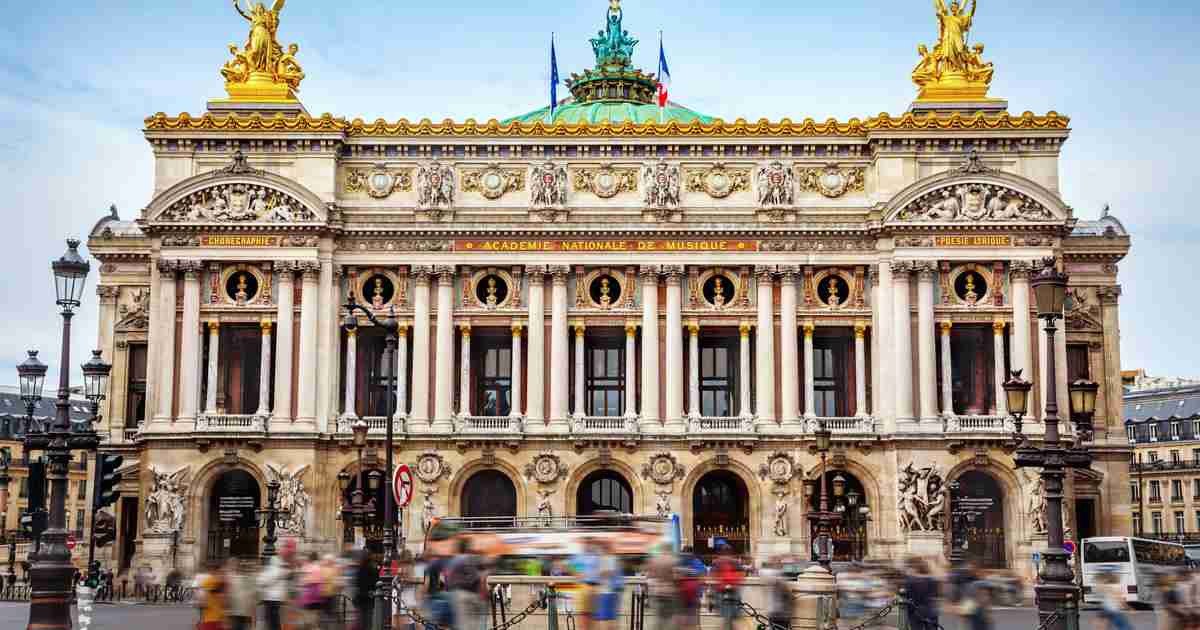 Welcome to the most magnificent building of Paris : Opéra Garnier. The famous Opera of Paris is one of the most important example of baroque architecture in the world which is constructed by Charles Garnier and opened in 1875. It is considered as a masterpiece of architecture of the second half of the 19th century.

The opera building is listed as a historical monument of France since 1923. It is one of the symbols of Paris, along with Notre Dame, the Louvre and the Sacré Coeur Basilica.

What can I do at Opéra Garnier ? 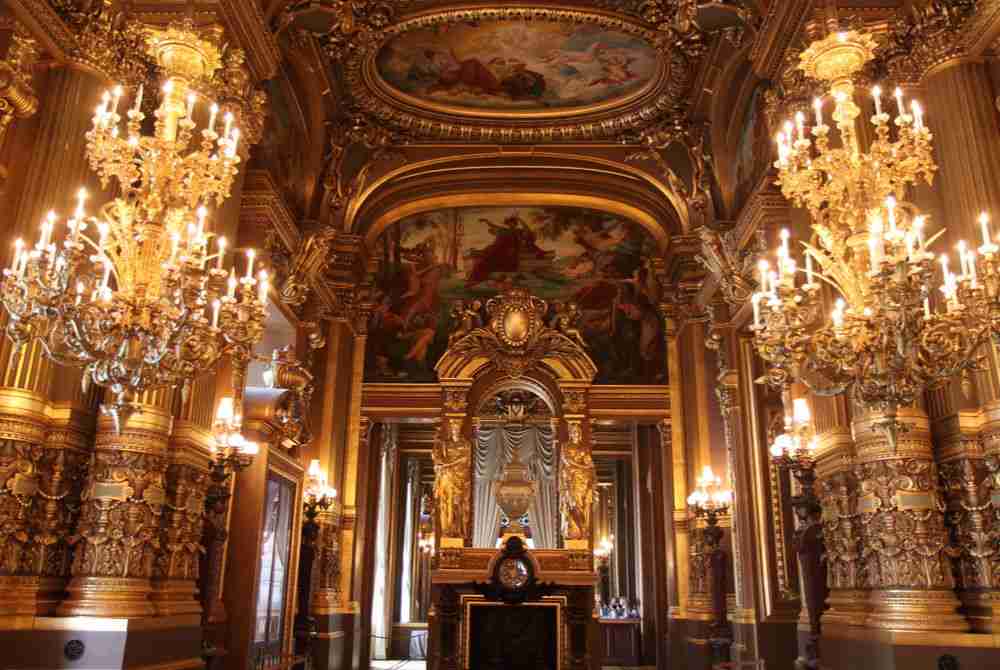 As walking inside, you'll be enchanted by the rich decoration. The glitter gold leafs, sparkling crystal chandeliers and countless details looks impessive.The central chandelier weighs more than 6 tons. The illusive ceiling of the opera was re-painted in 1964 by Marc Chagall, a Russian-born Jewish painter. About 30 types of marble from 8 different countries was used for the interior decoration.

Ghost in the Opera

Opéra Garnier gave inspiration to the famous novel "Ghost in the Opera" written by the French journalist and opera critic Gaston Leroux. There is a fictional story about a ghost who lives on the lake under the Opera House. The ghost tutors Christine, the girl in the choir secretly and thus she becomes a great soprano. Finally, the ghost falls in love with her and keeps appearing in the Opera House.

The novel has been successfully performed many times in theater and cinema, most notably the 1925 film with Lon Chaney and the 1986 Andrew Lloyd Webber musical. 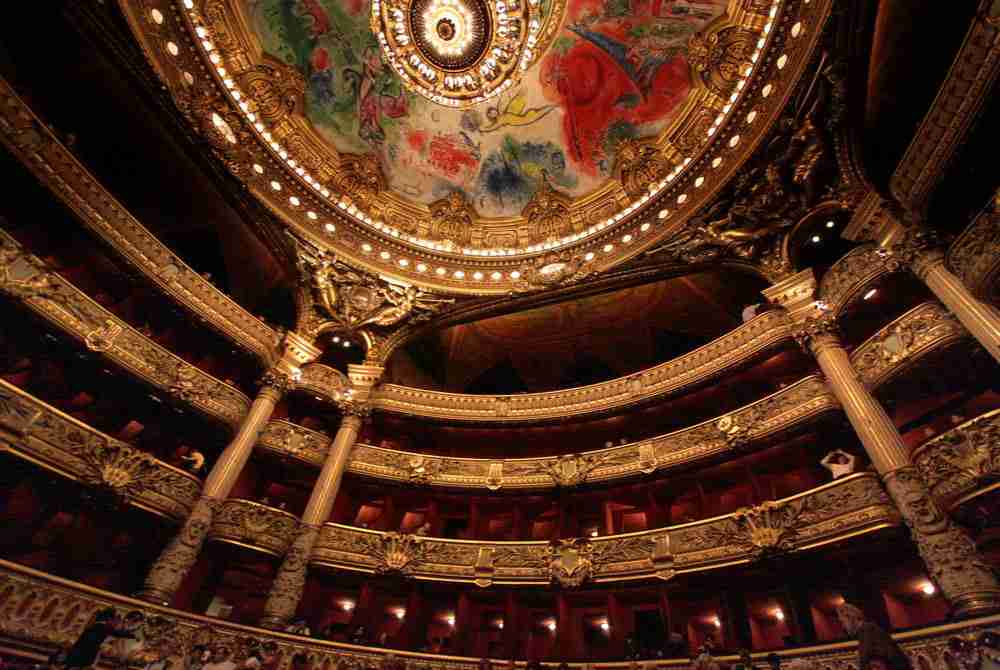 The interior of the Opera Garnier building is open to touristic tours. You can buy the tickets for visits or shows on the site or online.

Palais Garnier can be visited for free on the 1st Sunday of each month. 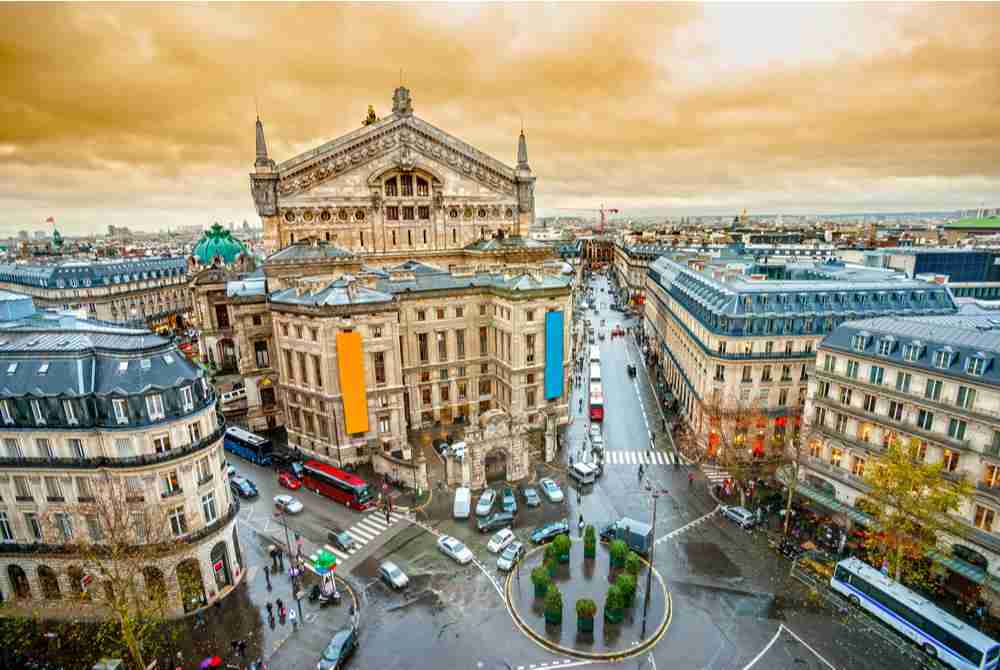 How to get to Opéra Garnier ? 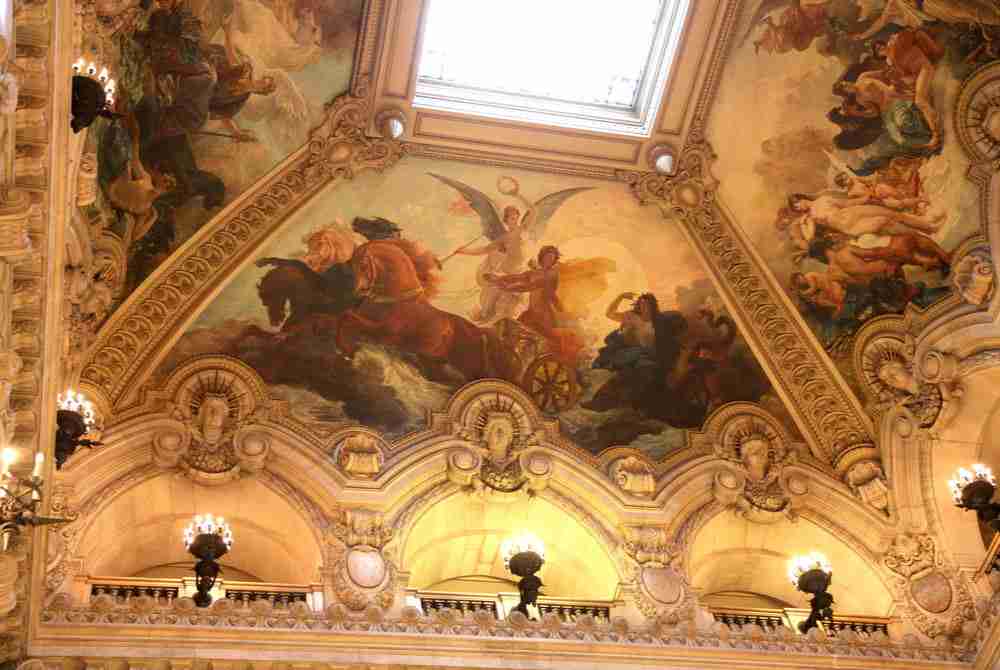 How big is Opéra Garnier?

The access for Palais Garnier is only free on the 1st Sunday of each month.

Where is Opéra Garnier?

Place de l'Opéra is located in the 9th arrondissement of Paris. The closest metro station is "Opéra" to get there.

Is there a lake under the Paris Opera House?

The problem while digging the foundation for the new opera house was hitting on an arm of the Seine river below the ground. It was not possible to pump out the water no matter how hard they tried. Finally Garnier found a way to control the water in cisterns by creating an artificial lake. 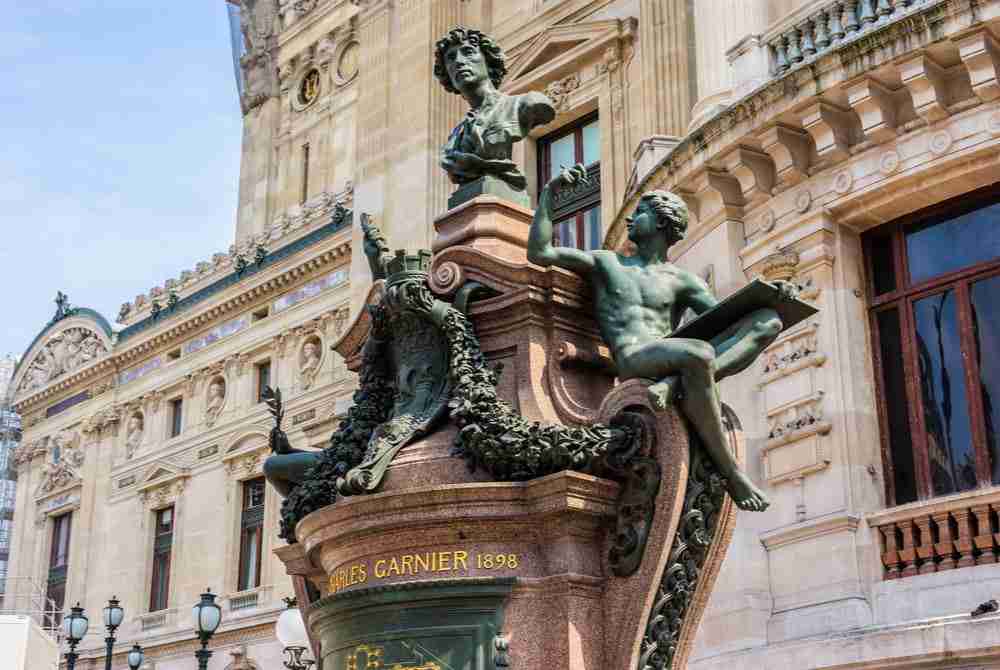 History of the Opéra Garnier

Following this incident, Napoleon III initiated the construction of a new opera house that would be safer. It was built between 1862-1875, and  named after the young architect Charles Garnier. It is an interesting fact that this building with all the details and splendor is actually Charles Garnier's first work. He was only 35 years old when his project was selected in the competition about the new opera house.

Napoleon III never had a chance to attend any event in the new opera. He was expelled from the country during the Franco-Prussian War and stayed abroad until his death in 1873.

Opéra Garnier was opened in 1875 and known as "Paris Opera" for a long time as it was the primary opera house in Paris. Opéra Bastille was opened in 1989 in the Bastille neighbourhood and from that time on it was called as "Opéra Garnier" or "Palais Garnier".