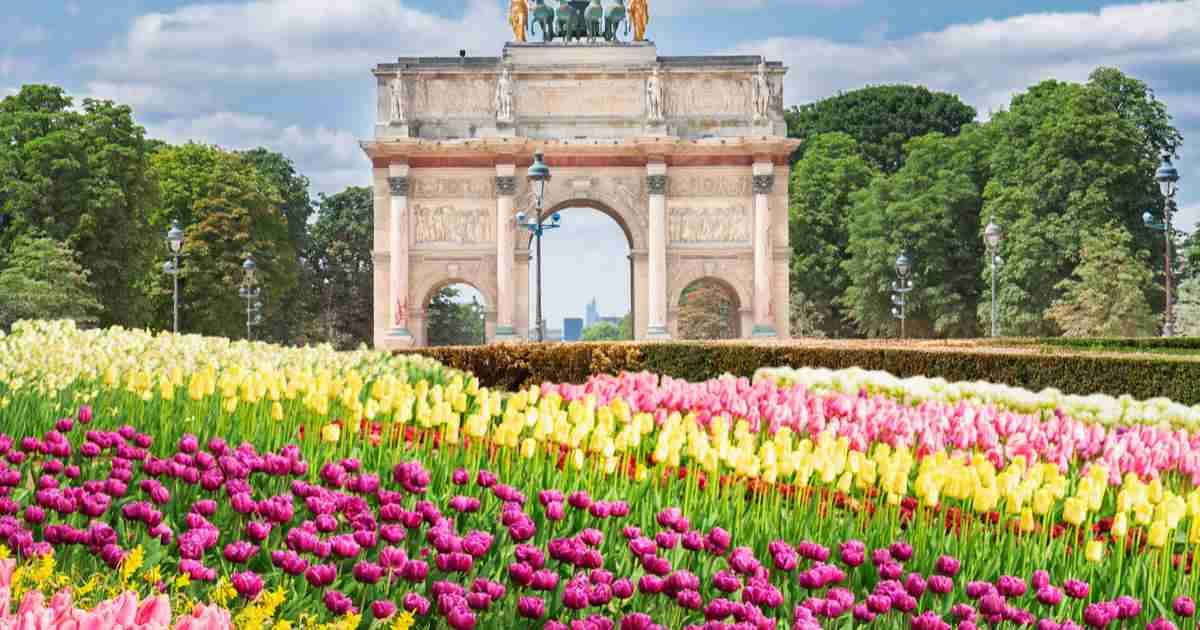 The beautiful parks in Paris, green and fresh all times of the year has something for everyone. Being part of the city’s urban culture, these green areas are great places to relax between visits to museums or an escape from the crowds to keep the hustle at bay.

You should definitely direct your way to wander in these marvelous parks that inspired the creative world of Paris, some of them are older than 500 years.

Here is a list of 10 parks and gardens you can enjoy in Paris. 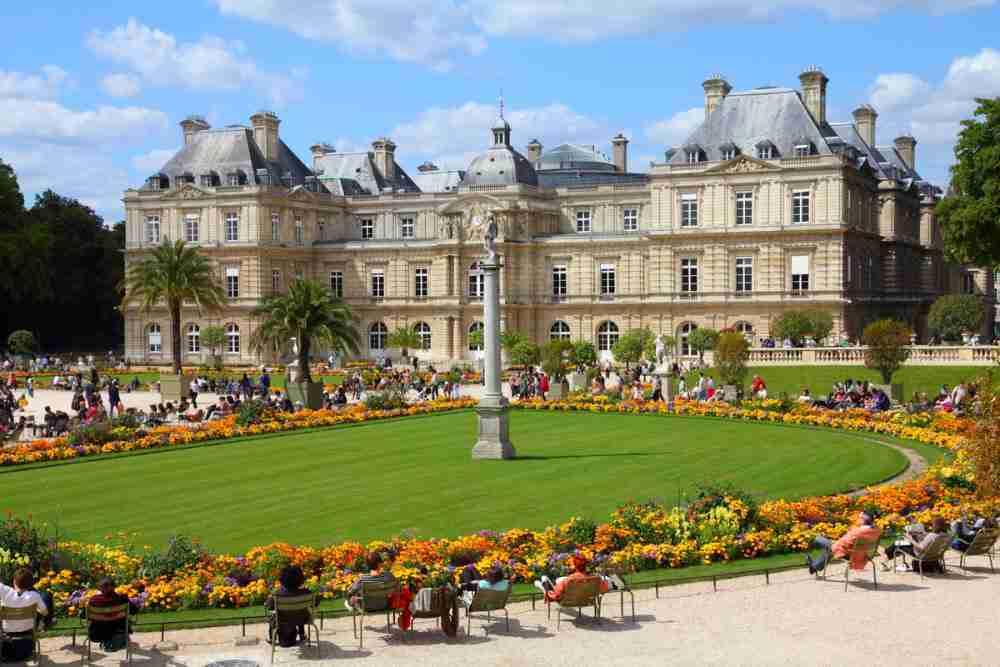 Luxembourg Gardens located in the 6th arrondissement of Paris is attracting both locals and foreign visitors all year long. It was established by Marie de Medicis in early 17th century.

It has a very large area, covering about 23 hectares between famous Quartier Latin and St.Germain districts.

It is a huge garden to refresh your soul in the nature adorned with trees, flowers, sculptures and fountains all around.

What to see around : Musee du Luxembourg, Luxembourg Palace 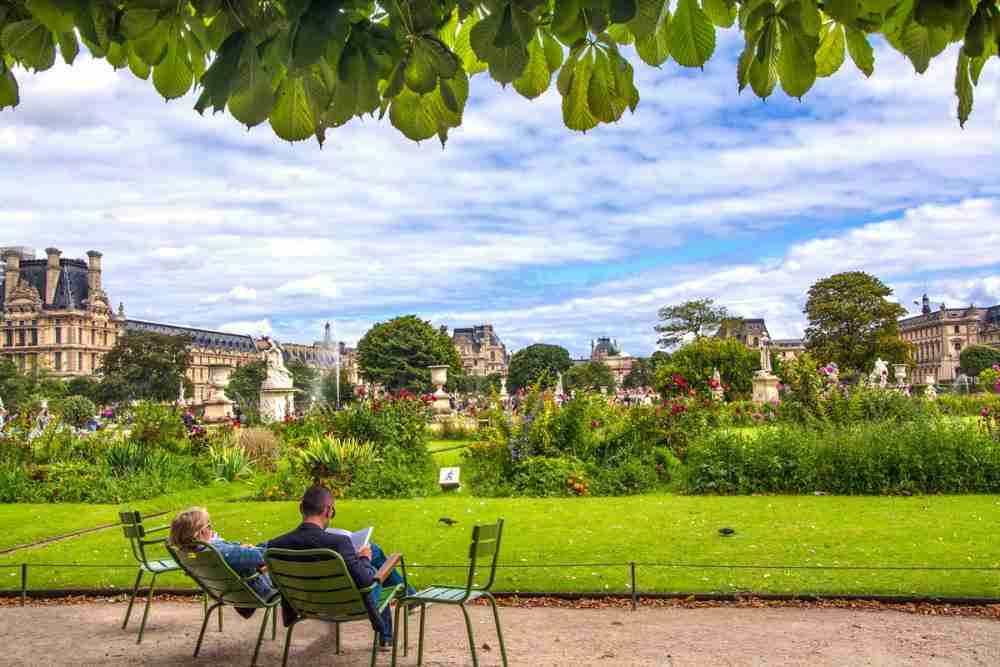 It is the oldest garden in Paris designed in 1564 for Catherine de Medici and brought to its present form in the 17th century by André Le Notre, the chief gardener of the Tuileries Palace.

The Tuileries Gardens, located in an area overlooking the Seine River, with the Louvre Museum on one side and Concorde Square on the other.

These gardens are quite large. There is Orangerie Museum houses a collection of works from the late 19th century. Among these works are Monet's giant water lilies series. It is a kind of open-air museum with works by famous sculptors such as Auguste Rodin ,Henry Moore and Giacometti.

Today, the Tuileries Gardens is a public space where cultural and artistic activities are shared for both local people and tourists.

What to see around: Orangerie Museum, Louvre Museum 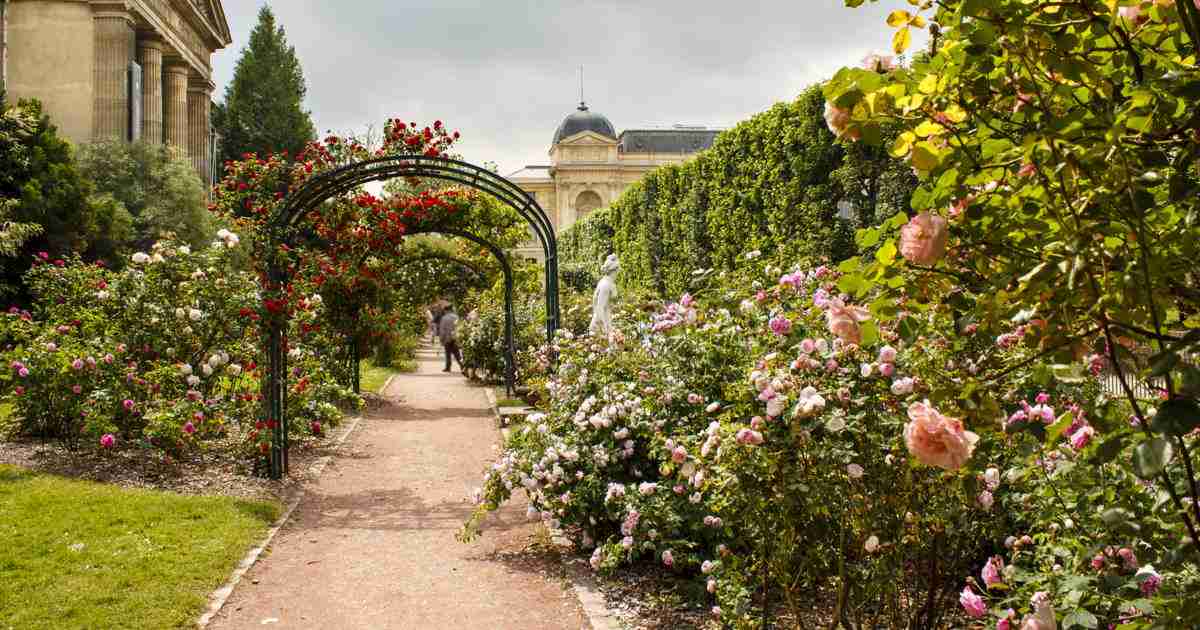 It was first established in 1626 as " Jardin du Roi" which means "King's Garden". Then it has been converted to a public park where Parisians can learn a lot about nature, diversity of plants and others as well as spending time in a peaceful atmosphere.

It has a massive area including a zoo, botanical park, winter gardens, a labyrtinth and valuable museums. There are a series of science museums about Paleontology, Botanics, Mineralogy and Geology as well as the Evolution Gallery.

What to see around : Place de la Contrescarpe in Latin Quarter 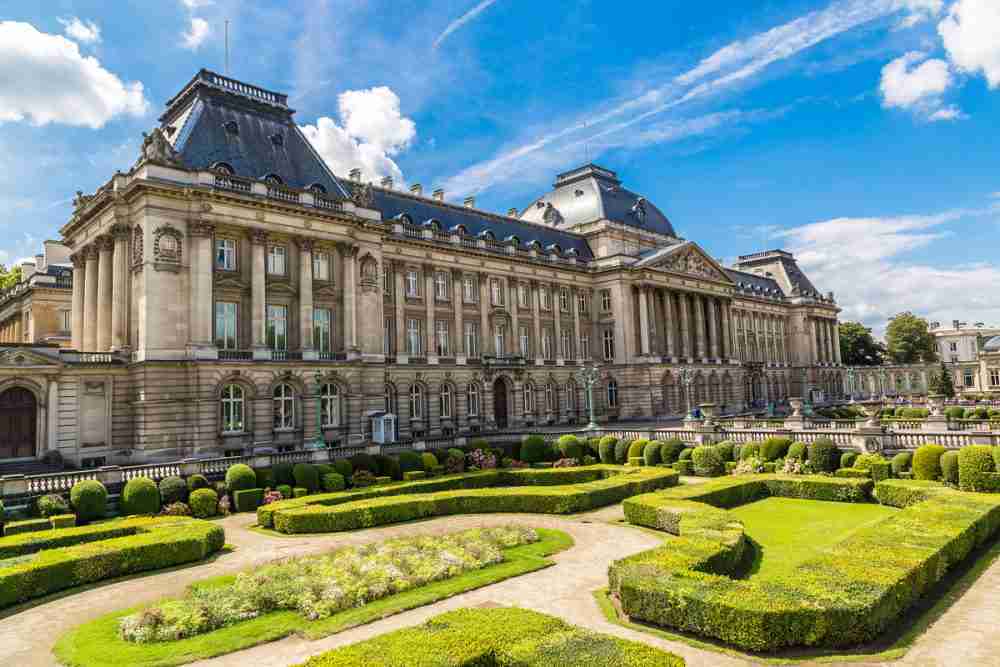 It is a large square located in the 1st arrondissement of Paris, just a few minutes to the Louvre Museum. The square shaped garden is almost 2 hectares is a heavenly place in the heart of Paris. There are many cafes, restaurants and shops around the garden. It is also famous with interesting contemporary art installations including black and white columns and mirrored balls.

What to see around : Louvre Museum, Théâtre du Palais-Royal 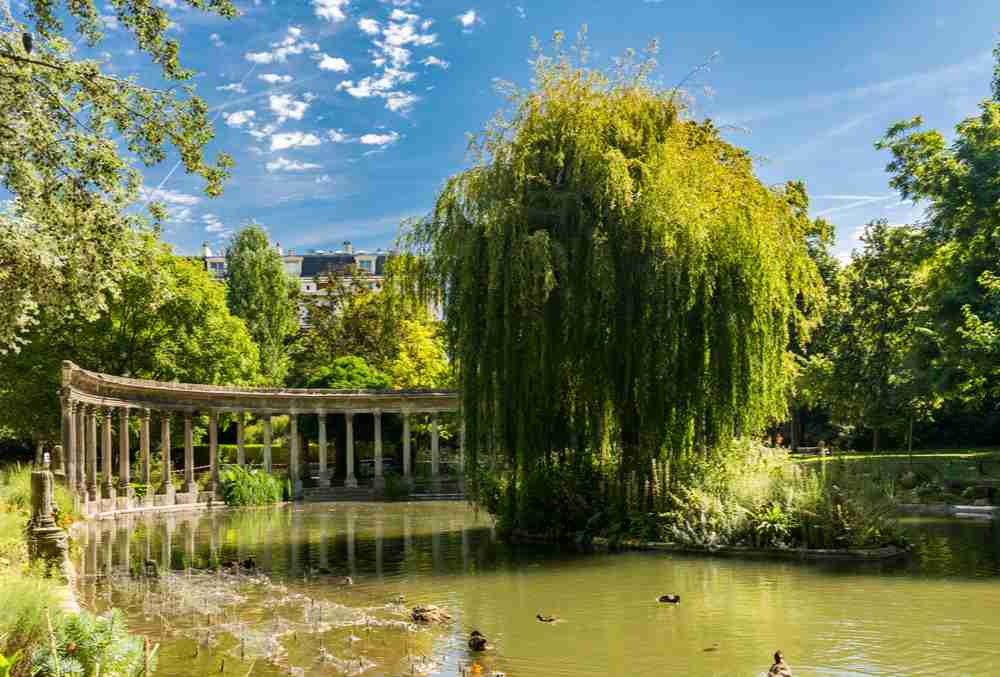 A historical public park located in the 8th arrondissement of Paris, bounded by the Boulevard de Courcelles, Rue de Prony and Rue Georges Berger. The park covers an area of 8.2 hectares has 4 entrances.It lays in the north east of the Triumphal Arch. Therefore, it is also possible to walk there from the Avenue Champs-Elysées.

The park owes its name to the village of Mousseaux, which once existed in its place.It stands out with carefully arranged columns, bridges and trees. This park inspired Monet and Caillebotte in their paintings.

Due to its "English" style, the park is unusual in France: its informal layout, curved paths and randomly placed statues make it stand out from the most traditional French-style gardens. The park includes a collection of small architectural elements (folies), including an Egyptian pyramid, a Chinese castle, a Dutch windmill and a Corinthian peristyle.

Today the park has areas for children's games and remains a popular recreation area for locals and their families.

What to see around : Musée Cernuschi - Museum of Asian Art 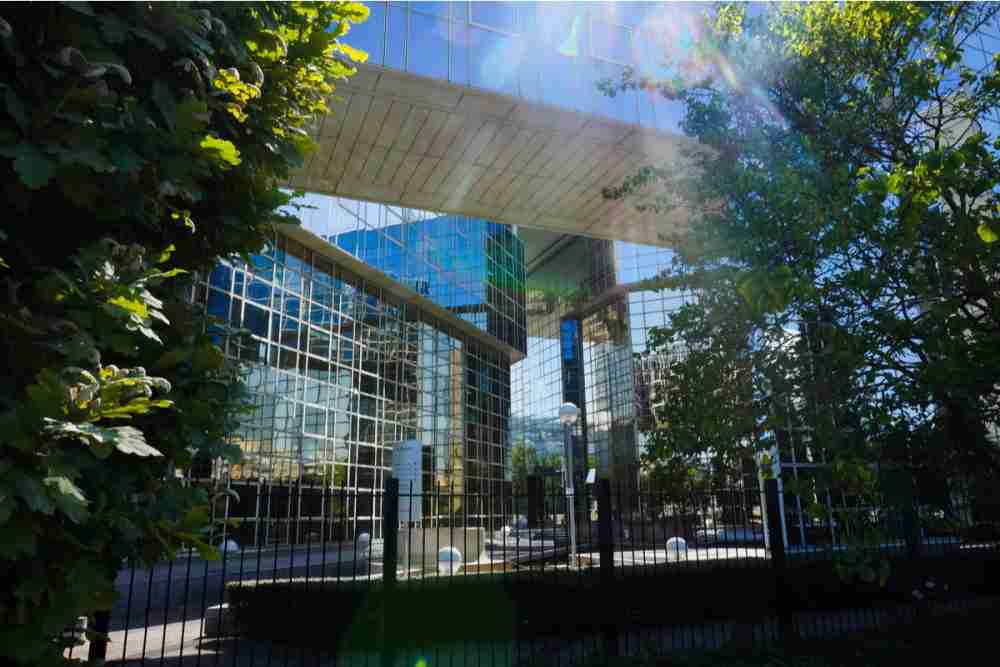 It is one of the largest parks in Paris with an area of 14 hectares in the 15th arrondissement. It is named after the French automobile manufacturer Andre Citroën. Because it was built on a former factory site of the Citroën.

On the east side entrance, there are two massive glass greenhouses featuring tropical trees and flowers. 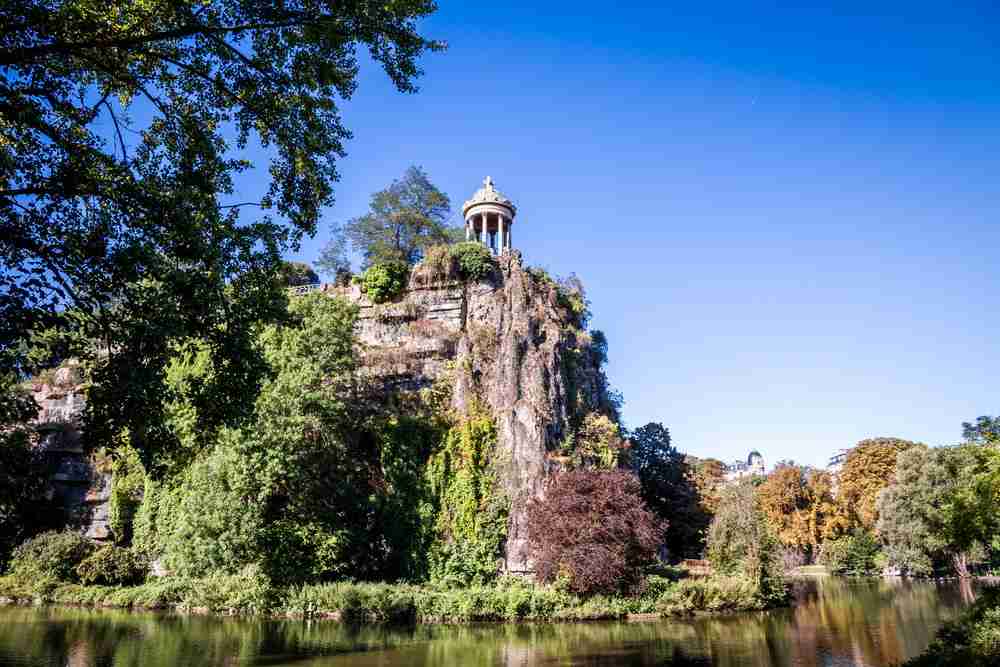 It is the fifth largest park in the 19th arrondissement of Paris. The park has an English-style with artificial waterfall, caves, slopes, a mountain landscape, rocks and cliffs.

Parc des Buttes Chaumont stands out with Temple de la Sibylle, a small version of the ancient Roman Temple of Vesta in Italy designed by the city architect Gabriel Davioud.

The park offers many attractions for the younger ones in your team. There is a playground, skating ring, pony rides, puppet shows and many other activities. 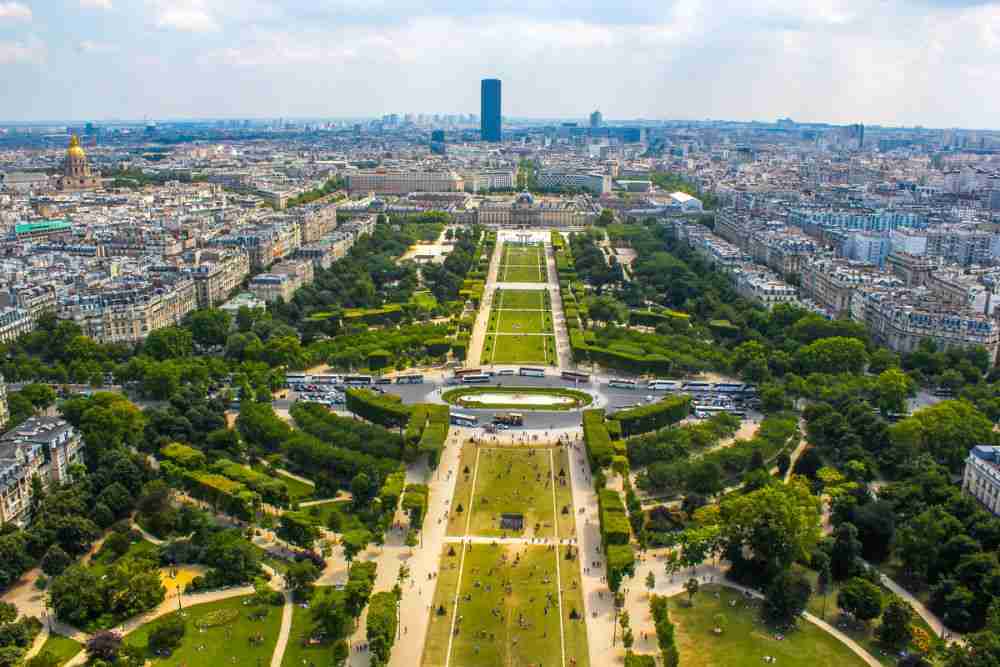 Parc du Champ de Mars is a vast public park along one side of the famous Eiffel Tower where tourists and locals meet. It starts just below the Eiffel Tower and reaches the Ecole Militaire.

In 18th century, this area was used for military trainings. Therefore the name "Mars" ,the god of war was given to the park.

You can lay on the grass and enjoy the view. It's a good place for watching the colorful lights of the tower at night. It is housing many celebrations, performances and activities. 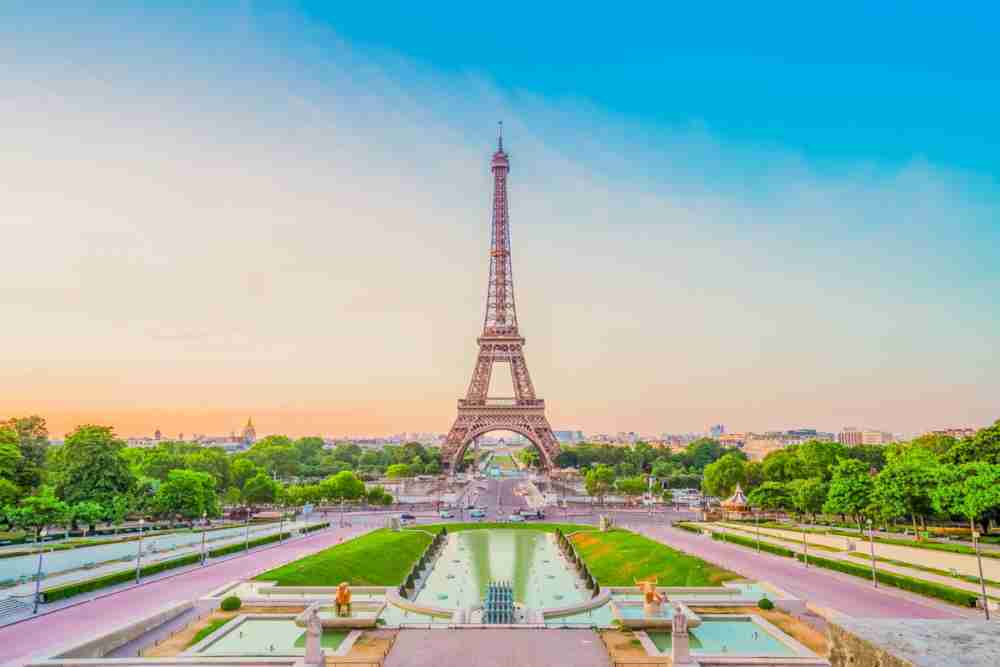 The Trocadéro gardens are public gardens in Paris located in the 16th arrondissement with one side facing the Seine, where you can see the Eiffel Tower right across. It is named after a war that the French won against the Spanish in 1823.

There are beautiful bronze sculptures adorning the fountains in the garden. These fountains creates a magical atmosphere on summer nights with colorful light shows. 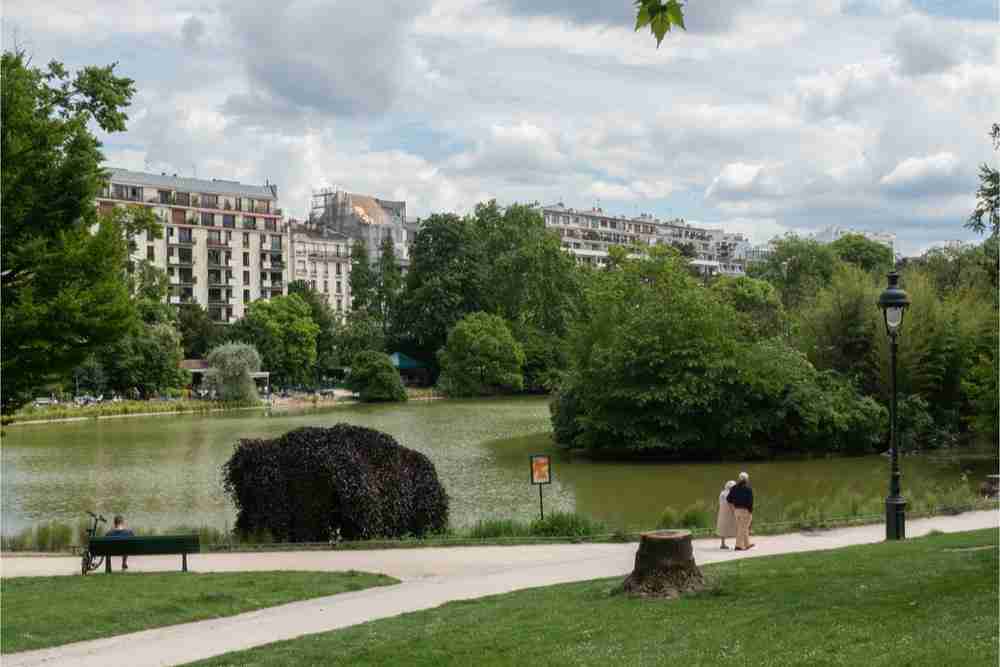 Parc Montsouris is located in the 14th arrondissement of Paris designed as an English garden. It is covering about 15 hectares area.

You can relax around the large pond in the center and enjoy the fresh air.

Now you know about the parks and gardens worth visiting in Paris. Don't hesitate to check our selection of Museum in Paris as well as Theaters and Cabarets in Paris.